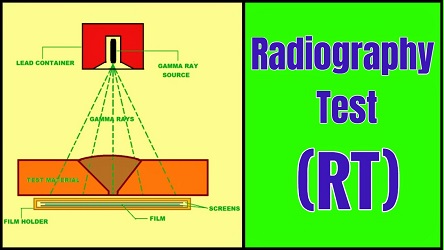 Radiography testing (RT) is one of the most widely used non-destructive test (NDT) methods. With the help of this method, we can detect hidden flaws or discontinuities present in welds such as cracks, porosity & blowholes, slag, flux or oxide inclusions, lack of fusion, incomplete penetration, Mismatch, and tungsten inclusion, etc.

Short wavelength electromagnetic radiations such as X-rays or Gamma (γ) rays are used for Radiography testing. Both X-rays and Gamma rays have very high intensity and hence they are able to penetrate the material of any thickness. This high penetrating power is used during radiography testing.

The density of the film or the amount of darkness on the film will vary depending upon the amount of radiation reaching the film. The darker area on a radiograph indicates more exposure (higher radiation intensity) as compared to the lighter areas which receive less exposure. This variation in the image darkness reveals the presence of flaws or discontinuity inside the film. This variation in the darkness may also be used to determine the thickness or composition of the test material.

Please note that most of the defects possess lesser density than the sound parent metal, hence they transmit radiation (either X-rays or Gamma rays) much better than the sound metal does. Hence the film appears to be darker at the area exposed by the defects.

As explained earlier that both X-rays and Gamma rays are electromagnetic radiation having short wavelengths but very high intensity, now we will learn the steps to be followed for performing the Radiography Test. 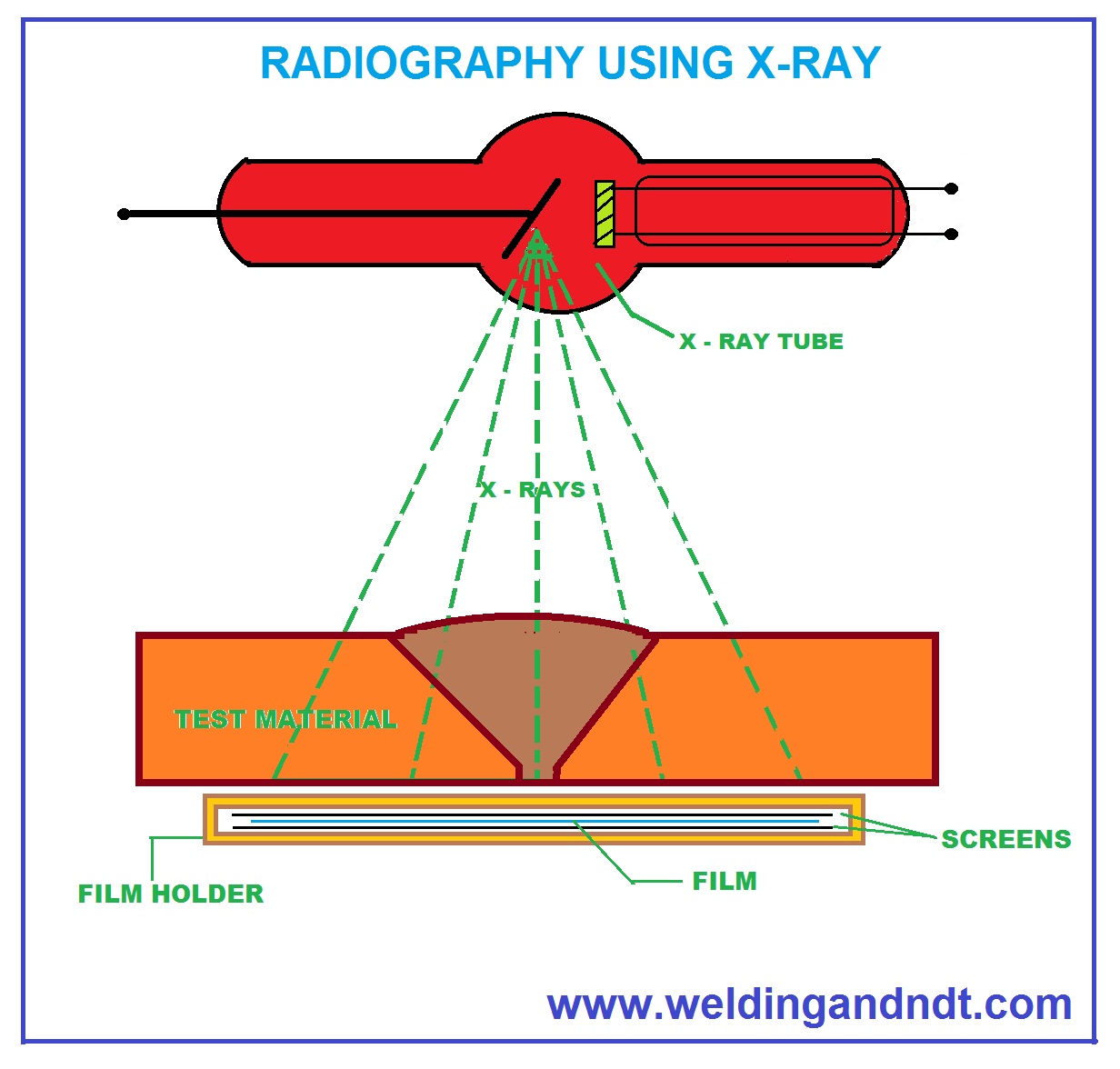 These X-rays are allowed to pass through the test material. A cassette containing film is placed behind the test material (part to be inspected). A penetrameter (or Image Quality Indicator IQI) is placed on the side of the source adjacent to the weld. 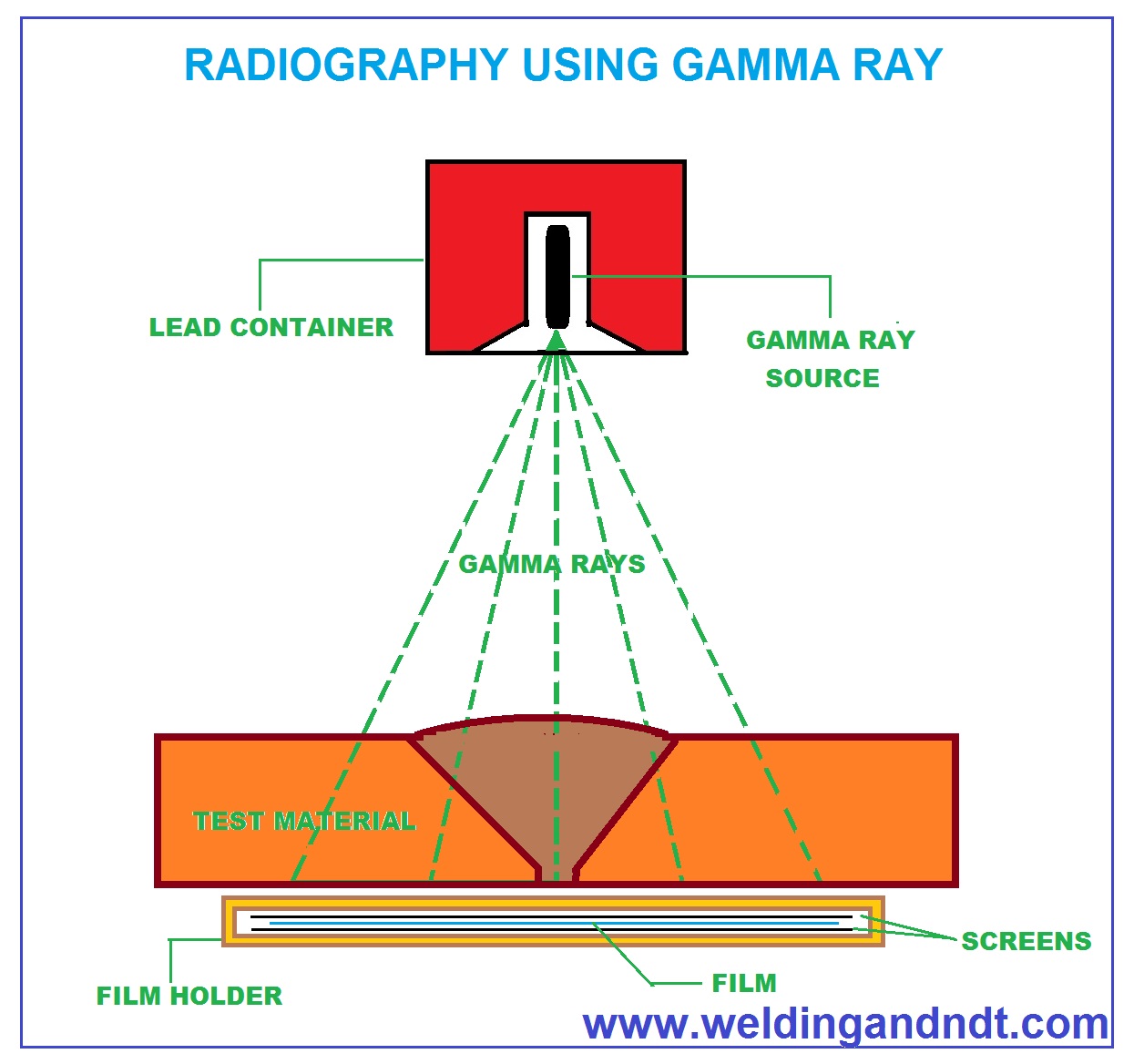 A lead or tungsten alloy container of sufficient thickness is used containing the gamma-ray source (300 mg). Such containers are used to provide the necessary protection. These Gamma rays are allowed to pass through the test material. A cassette containing film is placed behind the test material (part to be inspected). A penetrameter (or Image Quality Indicator IQI) is placed on the side of the source adjacent to the weld. The rest of the procedures is the same as the X-ray technique. 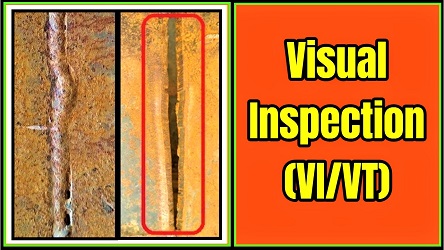 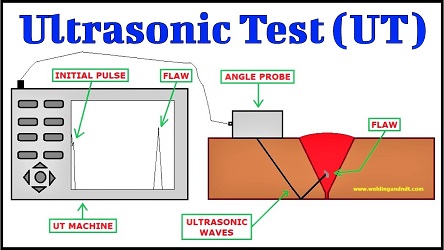