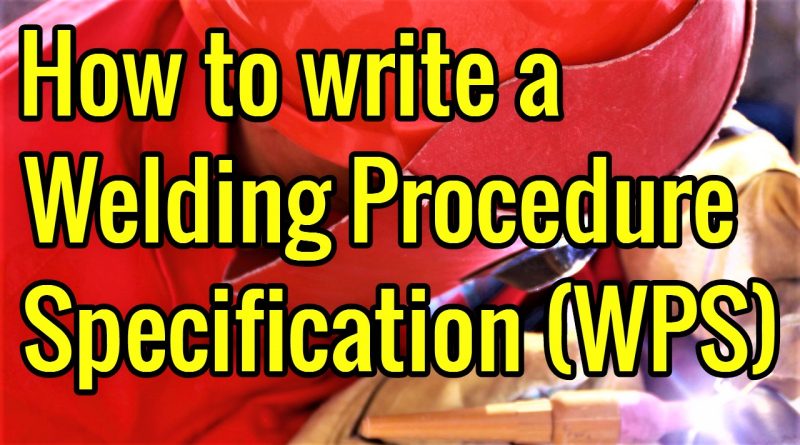 A welding procedure specification (WPS) is a written document providing direction to the welder (or welding operator). It contains all the necessary parameters viz. joints, base metals, filler metals, positions, preheat, PWHT, gas etc. (including ranges, if any) under which the welding process must be performed. These parameters are known as variables (as per ASME Section IX). Three types of variables are mentioned in the code, these are;

Some basic facts about WPS:

These variables are listed in tables from QW-252 to QW-257. Please note that for each welding process, there is a separate table containing the list of all variables. For example, list of variables (essential, nonessential and supplementary essential) for Shielded Metal Arc Welding (SMAW) is given in table QW-253.

Please see the below table (Table-1) for a complete list of welding processes and their corresponding tables for variables (as per ASME Section IX). 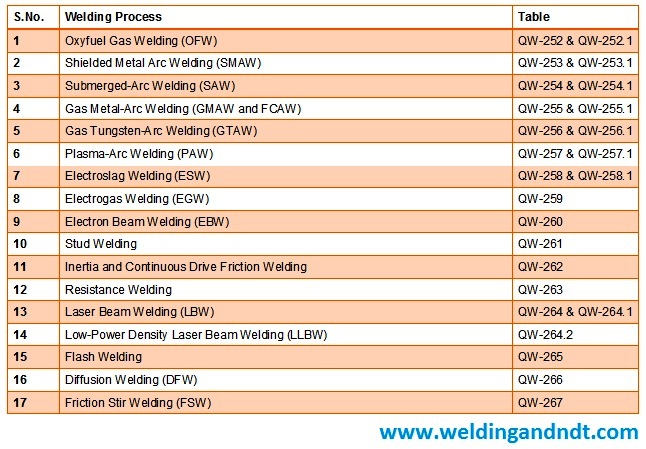 Steps to be followed for preparation of WPS:

Once the minimum variables (essential, nonessential and supplementary variable, if any) are decided a preliminary WPS (or proposed WPS also known as pWPS) is prepared.

Based on the proposed WPS, Test coupon (or coupons) is prepared, and the coupon is welded as per the values (or range) provided in the pWPS. All the real time data (observed during the welding of test coupon) are recorded.

All the real time data during welding of test coupon and destructive test report data is compiled into one document known as Procedure qualification record (PQR).

After successful preparation of PQR, final WPS is prepared and produced to the authorized welding inspector for final approval.

A short video lecture on WPS and PQR, Please watch;

Table QW/QB-422   Grouping of Base Metals for Qualification

Table QW-432        Grouping of Electrodes and Welding Rods for Qualification

A short lecture on how to wright a Welding Procedure pecification (WPS), Please watch;

I hope this article will help all welding professionals and freshers. Please give your valuable feedback. I would like to thank Mr. Goutham Rathinam (AWeldI & CSWIP 3.1-TWI,UK) for helping me in writing this article. Thank you. 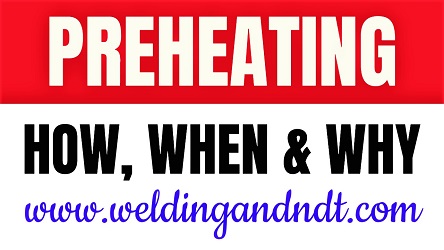 Preheating – How, When and Why 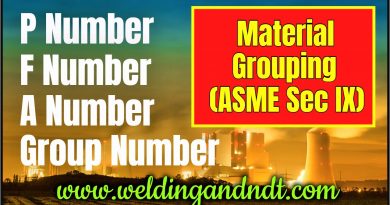 56 thoughts on “How to write a Welding Procedure Specification (WPS)”